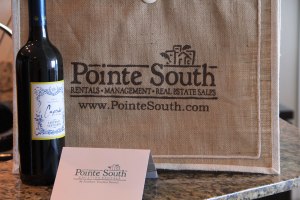 Last weekend the husband and I took some time away from the kids, work, and every day life and headed west. We were a little overdue for time alone to reconnect and unwind, so we chose Portofino.

I’ve been a real estate appraiser for 11+ years and I cover Pensacola Beach to Panama City Beach. I’ve seen a lot of condos and homes along the beach and while I always admire the view, there have been few that I have wished to share with my family. Portofino is a five tower resort on the Far East end of Pensacola Beach. It abuts the Gulf Island National Park to the immediate east and is the last development before several miles of untouched white sandy beaches. The development itself is high end with pools, spas, tennis courts and a lifestyle center complete with Starbucks. It is gated and manned 24/7 and they ask for your card key every single time you enter the property. 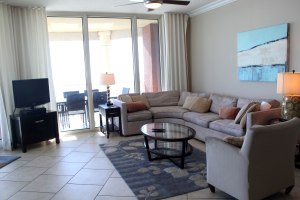 We stayed in Tower 5 in unit 1001. This property is managed by Pointe South, a Southern Resorts company. The unit is fully tiled with area rugs throughout, granite countertops and enough bathrooms to give everyone privacy. It is well furnished and (to put my appraiser hat on) with minimal deferred maintenance. The couch and chairs were comfortable, the beds soft, the kitchen was fun to cook in and the views were awesome. 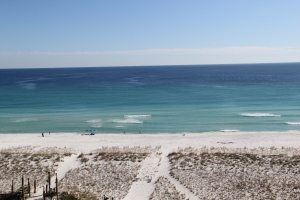 View from our Balcony

The tourist season throughout the Gulf Coast area is from Spring Break through Labor Day weekend. The golden time for locals is autumn as the beaches are more vacant but the weather is still warm enough to enjoy the fall season. The husband and I decided on a romantic getaway at the end of October. We’ve been together for 20 years and married for 15, so it seemed like an excellent reason to celebrate. Waking up two mornings to the sound of the Gulf and enjoying coffee while watching the sea was utterly delightful.

In addition, we also explored Pensacola Beach a little bit and visited Fort Pickens. The last time I visited there, I was a pre-teen. I didn’t remember much about the fort, but I did know that it would be a fun place to take photos. We went to the museum on property and to the original structures which date back to the early 1800’s. The history lesson available is pretty extensive. The fort was one of only four that was not occupied by Confederate troops during the Civil War. In addtion, it was used for military operations from 1834 through the end of WWII. It was turned over to the National Park service in the 70’s and has been open for visitation since then. Several of the original canons are still in place and it is easy to visualize their use. There were several dark tunnels to wander through and the architecture is intriguing.

The entire weekend was wonderfully relaxing and recharging. It was great to get away for a couple of days and to play tourist. We spend so much of the year in our everyday lives juggling work, kids, school, and life in general. Taking time to enjoy the beautiful beaches we live near was important. I know we live in paradise. It is great to confirm it from time to time. 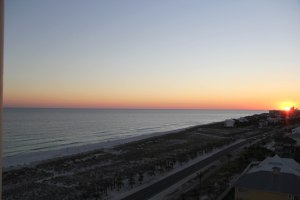 Sunset from our balcony

What are your favorite places to visit to getaway? 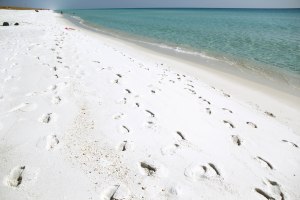 This weekend was the first weekend of Pensacon. It’s a fantasy / science fiction convention in its first year that was held in the Pensacola Civic Center. It started Friday and ran through 5pm today.

I’m sure that Saturday was their busiest day, but since we were bringing the kids, we chose to head out today. The Sunday crowds were certainly less costumed, but everyone was very friendly with the exception of one very grumpy Orc looking fellow who insisted on jaywalking in traffic. I imagine that the cars would not have stopped him if they had hit him.

The first place we went was the dealer hall, located on the ground floor of the civic center. Since it was still being used for hockey games, they just laid wood on top of the ice and had the vendors set up on it. While this would definitely be a bonus in the middle of summer, it was a bit chilly in the winter.

One of the more original booths was for Skeeter the Duck. Skeeter has been in movies and all over YouTube. Riley enjoyed petting Skeeter and spending time with her. 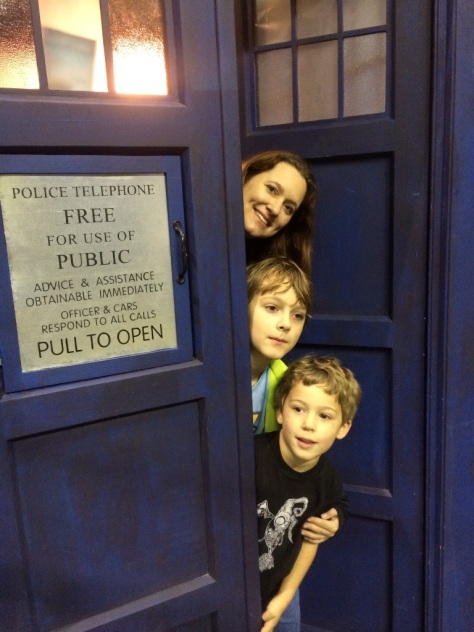 This photo was taken in a fabulous traveling Tardis courtesy of the folks at Alt*Con Florida. They have a convention in Tallahassee, Florida at the Donald L. tucker Civic Center April 12 & 13.

The 501st also had a photo op area complete with storm troopers, realistic looking props and this extremely patient bounty hunter. Gavin was VERY unsure about standing near him.

When Gavin visited the booth earlier with Cameron, he wouldn’t go anywhere near the guys in uniform. So one of the kind gents allowed Gavin to try on his helmet instead. It was a little big for him, but the cuteness factor was in full force. 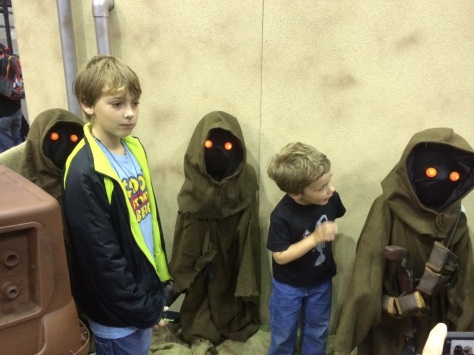 Gavin also had a chat with his Jawa cousins prior to moving on. I think they are planning a meet up to pillage and loot later. 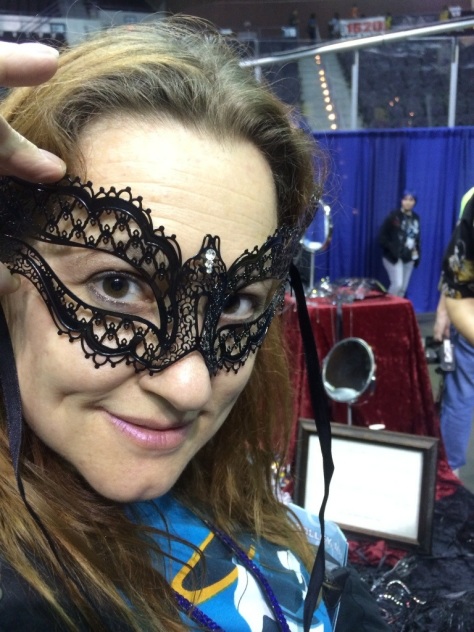 One of my favorite booths was run by September Day Carter and Bob Carter, voice actors in national media. They run a side business for fun called Incognito Masks. 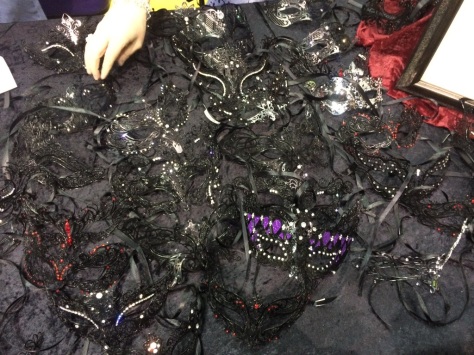 They are lightweight alloy masks with various decorations and designs. Cam bought me one and I cannot wait for the next occasion to wear it! It is super comfortable and the mask we purchased can be embellished further. Check them out! They are very affordable and high quality. 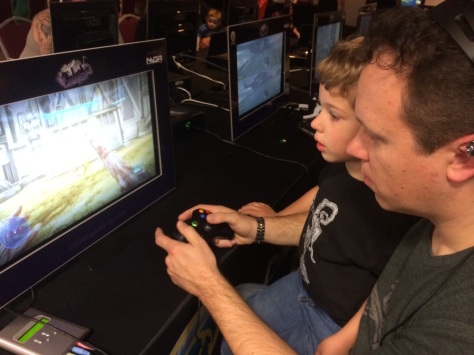 And last but certainly never least – the gaming. Quite a few of our friends prefer tabletop gaming or card gaming but my guys are hardcore video game fans. This gaming room was set up with Xbox 360’s in various configurations. Cam and Gavin found Ghost Recon and played while I explored the artist tables one floor up.

When I returned to the game room, I found Riley playing Super Smash Brothers with 3 other guys that looked at least 5 years his senior. They were kind enough to let him join and he played until we kicked him off to go home.

All in all, it was a good convention. They definitely set a record or two in having this event. They sold out the host hotel and filled the convention floor with vendors. I can’t wait to see how much it will grow next year!