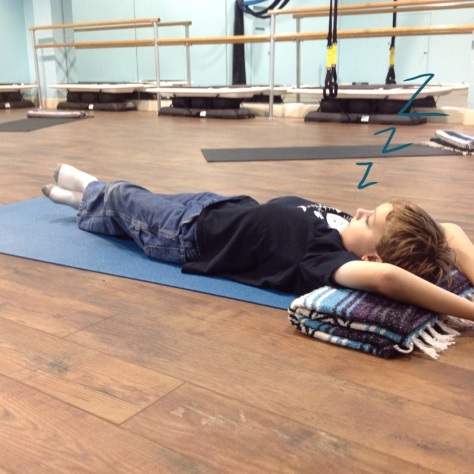 Recently I won a giveaway on Okaloosa-Walton Macaroni Kid for a kids yoga class at Studio E in Destin. I love yoga and have been looking for ways to incorporate it into my routine and expose my boys to it. I was thrilled to bring them to a class.

We got to the studio a little early and the boys were excited to check it out. I met Michelle and her son Cade. Riley was pleased to see someone his age. Michelle was very welcoming & friendly. She assured me at the beginning of the class that it was a kids class. As such, if the younger kids were more interested in exploring than in participating, it was ok. That really did set my mind at ease as I was sure Gavin was only good for maybe 5-10 minutes of yoga.

Michelle started the class off with breathing exercises including morning sun salutations. We transitioned to energetic breathing and learned the difference between the two. Then we tried out several poses that were new to me. One was similar to a warrior pose. We also did a few partner moves, which were awesome. I partnered up with Riley and Michelle partnered with her son Cade. By this time, Gavin was exploring and off in his own world.

Riley liked doing the moves together and one of his favorites was Lizard on a Rock.

Many of the moves in class had animal names. We also did Rabbit and Turtle poses. After going through the series, Michelle read the story of the Tortoise & the Hare to the kids. When we reached a point in the story where one of our moves was mentioned, we paused the story to do the move. 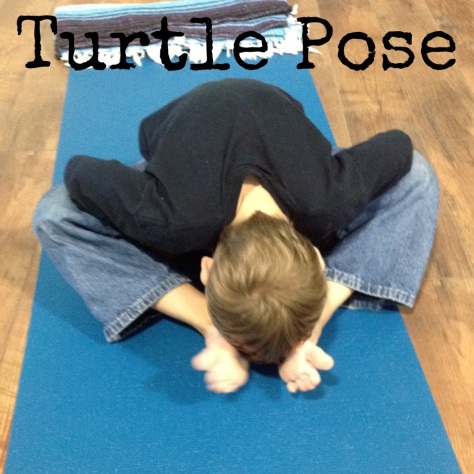 After reading the story, we laid back on our mats for Savasana. Michelle led a great guided relaxation that even chilled Gavin out. (I think he was afraid of falling asleep though since he skipped his nap today.) Afterwards, Riley didn’t want to get back up, he was so calm. 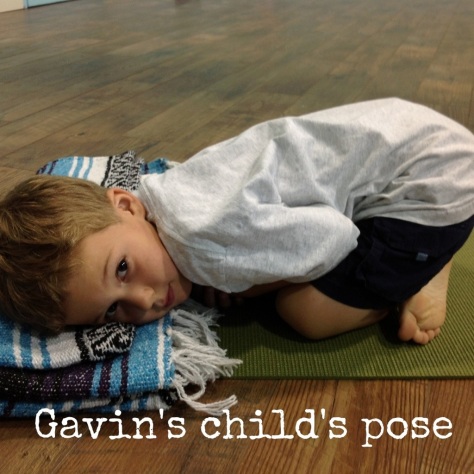 After class, Gavin tried out the Surfset boards. If they had a class for kids on those, I bet he would be first in line!

Would I go back? Absolutely. I may leave Gavin home for a bit until he is older and more interested in yoga. It was a great bonding experience with Riley and something I can see doing again.

Studio E offers more than just yoga classes for kids. They also offer Surfset, Pilates, Aerial fitness, SUP Pilates, belly dancing, and more. The fall schedule is going online soon, so check them out! You may even find me trying out a class or two!

It’s that time of year again! Moms across the area are rejoicing for a few hours of free time during the day and for the return to routine that we all crave. Riley started 4th grade this morning. I gave him the choice to meet up with friends or ride the bus and he chose to ride the bus. He mentioned that a friend from his bus, Tanner was also in his class. I think he was excited to see him.

We’ve been quite fortunate over the years to have excellent teachers for Riley. He isn’t a difficult student, but he could slip through the cracks if not noticed. Riley is very passionate about a few subjects and could care less about others. Each of his teachers over the years has nurtured him and helped him to grow into who he is now. By all reports and rumors, his current teacher is an excellent fit.

I’ve got one more week before Gavin starts Pre-K, so expect a second photo then!

What is your favorite part of back to school? 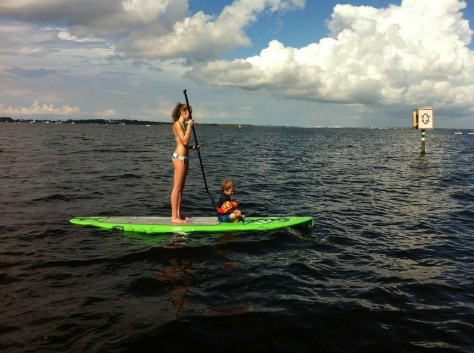 Gavin, my second born turns 4 on Monday. He is full of adventure and a zest for life that I admire and try to cultivate. He loves anything to do with water and really likes paddle boarding.

We were fortunate today to be able to take out several Bote Boards courtesy of Tristan and his mom, Magda. It was such a treat to get out on the water with friends and family. My in-laws even went out with us! 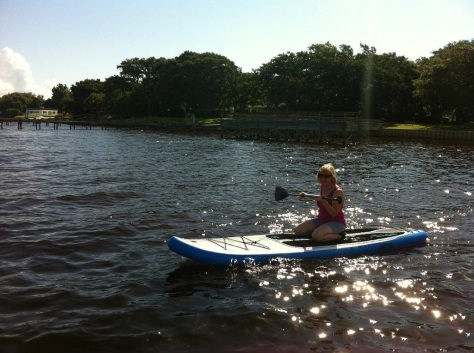 My in-laws went out on the Bote Breeze boards. They are so neat – inflatable boards that paddle like fiberglass boards. The Breeze actually deflates and fits into a backpack which you can carry with you anywhere.

The rest of us went out on the Bote HD boards. If you haven’t been out paddle boarding before, I can’t recommend these boards enough. Heck, even if you have been paddling – try them. They track straight in the water, are super stable, and extremely versatile. I own a Bote Board, and while it is wonderful, it is not an HD.

My board mate Lily agreed it was fun. It was her first time out on a board.

Coming back to the park, I ended up with Gavin and Tristan on my board. They were such a hoot. If they weren’t busy sticking their heads in the water to try to see fish, they were plotting when they would jump off the board next. I really enjoy seeing these two together.

Once the adults got back to shore, the kids decided they wanted to go out. Tristan opted for a Breeze to paddle him and Gavin around. 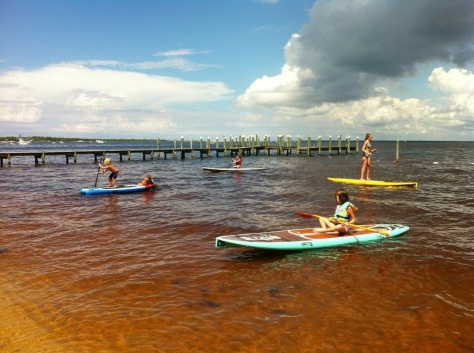 The girls decided on the Bote HD to try out on the water. My niece Natalie enjoyed paddling without a passenger while Lily and Abby learned steering and balance.

It was a wonderful experience and if I ever have the chance, I’d go again in a heartbeat. Thank you Magda, Tristan and Bote Boards for Gavin’s birthday gift of time on the water!

*Disclaimer: I did not receive any compensation for this post and all opinions are my own.*